I’ve never had an everyday nickname except for Dar. Because I was a serious kid, my friends didn’t play around with my name or find ways to turn it into something insulting. Fortunately, my name doesn’t rhyme easily, either!

My dad used to call me Boo Bear, after a character from the Yogi Bear Show. I liked it because Boo-Boo Bear was Yogi’s trusted sidekick. I thought it was funny decades later when couples started calling their significant other “my boo,” as in Usher and Alicia Keys’ song (although I looked it up, and it comes from “beau”)! 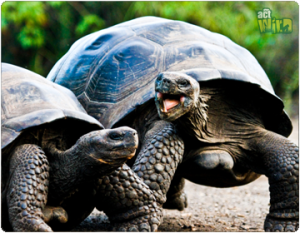 When my sister and I were teens, we used to imagine becoming doddering old ladies together. We would pretend to hobble down the street, calling each other “Mabel and Martha,” because we thought those names sounded especially ancient. Of course, those names have come back into vogue! This theme eventually morphed into an ongoing gag about us being old tortoises (because we would be both aged and slow).

Rom (my spouse) and Link (my kid) both have nicknames which are shortened versions of their first names; in the same way that Dave and Steve are short for David and Stephen. But they haven’t been plagued with goofy nicknames, either.

Maybe because I was never saddled with an unwanted nickname, I never called my family by other names, either. In fact, I don’t use their names much: if I do, it’s usually because I am trying to get their attention, or I’m expressing shock or annoyance: “Rom! I can’t believe you left the toilet seat up again after we just spoke about it!”

I’ve never called anyone dear, sweetie, honey or anything of the sort; nor has anyone addressed me that way…I’m also glad that Rom and I don’t call each other Mom and Pop, or Old Man and Old Lady, or the like. But I must confess that Rom and I have joke names for each other along the lines of “Billy Ray” and “Maybelline” which we use to irk each other!

One thing I’ve never understood is when parents try to control their kids’ names, insisting (for example) that their Madison is never to be called Maddie. Names somehow become public property. In due course, the child will decide what they will tolerate being called.  I have to admit that when Link chose a gender neutral name, it was a nickname for their birth name, so it was easy for me to get used to – like when an Ashley becomes Ash.

You know that naming and being named is powerful. It’s devastating to be labelled with a nickname that points to a difference or disability, or that is belittling. How many kids have had to live with being called Pizza Face or Fatty or Spaz? I suppose a nickname is a shortcut – a way to sum a person up in one word, for one quality. Why do we rarely nickname people with their best qualities, like Smiley or Hug Meister or Brains?

Do you have pet names for your significant others? Do they have one for you?

If you have changed your name, I’d like to hear your story.