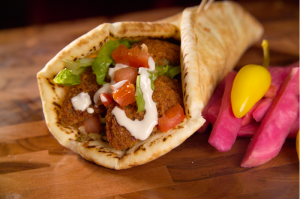 A big part of June was taken up with putting the house back in order after it was painted. All the furniture is in its place now, and everything is functional, but nothing is on the walls yet. I’m afraid of making new holes in the walls but I will get over it! There are areas crying out for artworks but I don’t want to buy cheap posters all-in-one-go because I’ll regret it later. I’ll keep those spaces blank until the right solutions reveal themselves to me. I have never painted a picture to put on the wall before, despite the popularity of paint-a-picture-in-one-night events lately. I have decided I will try out something abstract later this summer.

Had a couple of these to spare!

I had a great clear-out and managed to remove a lot of furniture from the house: bunk beds, a futon and frame, a small desk, 2 cheap flatpack chifforobes, a head board, and an old table! One new bed came in. No, it isn’t so Rom and I can have separate rooms 🙂 Moving everything in the house was overwhelming and at times I was filled with self-loathing over all the stuff I have accumulated. There wasn’t room to safely pile up everything in the centre of each room so I had to haul 18 plastic storage bins out to the shed. I wished I didn’t have to bring them back in, but it is too damp out there for long term storage. I have wanted to scale down all that stuff for years, but it is a long-term project between me and Link. I also stuffed stuff into The Closet Under the Stairs which has yet to be emptied! I created more space in my “office” so it’s no longer visually cluttered, and made loads more space in the “rec room” which is now an exercise room, despite having smashed a TV during the uproar so I can no longer do my Jillian DVDs until I replace it!

One benefit to the process was reassembling rooms bit by bit, and stopping before they were as “done” as before, so they are now less cluttered and somewhat more minimal, at least in comparison. For example, I took down the old valances from some windows and washed them and we realized we like some of the windows with blinds only.

Rom was concerned about his guitar collection getting damaged during the work. My parents agreed to store them for the duration. Mom said the guitars were well-behaved so the babysitting job wasn’t difficult 🙂 Meanwhile, the cats cost us a pretty penny. Since the painters had kept us hanging for so long and scheduled the job at the last minute, it was hard to make arrangements for the kitties. We had to lock them in a single room for the first day, although they did have access to their outdoor area through the cat door. After that, they were off to the kennel for 3 days. Our 9-year-old indoor cats haven’t had a checkup in 5 years. To go to the kennel, they needed their vaccinations updated and a preventative flea treatment each. Add that to the kennel bill and we were out $350. Ouch! On the plus side, the vet confirmed they are still in perfect health.

We ate out a lot this month. It was planned during the painting week, but the furniture moving and sorting was ongoing. Our food choices ranged from Jack Astor’s (their prices have gone up a lot since the last time we were there) to Cora’s (a chain that makes decadent breakfasts). I now have a favourite salad at Wendy’s: it’s the apple-cranberry-pecan-blue cheese with pomegranate dressing! And I am always up for falafels.

With all the indoor work, the yard is behind schedule and only the mowing has been done. I have many weekends of weeding ahead.

Amidst all this, I had an exceptionally good month at work. I did my first aid recertification and learned how to use the AED (defibrillator). The instructor was fantastic and I wonder if I could physically do that sort of job someday in my retirement! I am on a committee developing lockdown procedures for the library system. Several branch libraries are in community centres that have already had lockdowns (including mine) so of course it’s better for everyone to be trained like they are in schools. Local schools have lockdown drills twice a year and all the kids know what to do. The library rolled out a mobile printing system so customers can now send print jobs from their smartphone, tablet or home computer to the library to print and pick up. All of us staff now have Moodle accounts for staff training so it has been good for staff to learn procedural things on their own schedules that way. I have been working with 2 new staff for in-person training and that is always energizing. The school year ended June 29 so we had a party for Teen Night. During our usual Thursday night teen activities, the teens are always sneaking into the preschool area and playing with the toys, so we offered them a “play-themed” party. We had ice cream sundaes, Giant Jenga and parachute games, let them use the puppet theatre, and stay after closing time in the dark, building forts and playing hide-and-seek (very well supervised). They loved it!

I was upset about the Brexit results. It makes me realize how privileged I am in Canada. Canada is one-third of the US-Canada-Mexico free trade zone (NAFTA) and has recently negotiated its role in the Trans Pacific Partnership with 11 other Pacific Rim countries, as well as a trade agreement with the EU called CETA, both of which have yet to be ratified. For every market to which we gain access, we make concessions. If we refuse concessions, we give up the market, or go for another round of negotiations. It is a long process with each country or group of countries. Some of the results are controversial. For instance, Canada is protectionist when it come to dairy products, and has always placed severe restrictions on imports (or insisted on high consumer prices) to favour our domestic industry. The CETA deal will relax some of our dairy regulation. Canadian cheese is good, but access to some of the unique and authentic European cheeses at more affordable prices will be nice! (For comparison, every grape-growing country can make sparkling wine, but sometimes you want real champagne!) Even though we have a free trade agreement with Mexico, Mexican citizens were not treated identically to US citizens and they still needed a visa to travel to Canada until recently. Canada has a worrisome new deal with Saudi Arabia – a country with a very poor human rights record –  to provide them with armoured vehicles, which they have been known to use against their own people. Meanwhile, Canada accepted over 25,000 Syrian refugees this year and at the local level, communities are overwhelmingly welcoming. I don’t think free trade, or freer trade, is a good or bad thing. It is just a reality that requires compromises. No country can supply everything it needs to its own citizens without encountering resource surpluses and shortages or cost/price issues that other countries can help resolve. Canadians – see a list of our free trade agreements (in force and pending) here, and other related treaties here. It gives an idea of how complex the arrangements are.

On that note, Happy Canada Day and Independence Day weekend: summer is here!

Oh, and I celebrated the release of the new Tegan and Sara album this month. They are proper pop stars but their songs push the boundaries in a gentle way. Have you heard their single Boyfriend?