I Was Financially Abused (Part 3): Conclusion

While I was going through it, I didn’t know I was experiencing financial abuse. DG proposed financial arrangements and I agreed to them for one reason or another.

I thought of financial abuse as a “train wreck” situation, involving some of the following:

Because we had two incomes, could easily pay the household bills, and had our own spending money, I didn’t identify with any of the above scenarios. At least, I didn’t while I was working. After our two moves (one cross-country and one international), he was the sole income earner and started dictating more of the financial decisions. I began to feel coerced. However, I felt that all I needed to do was go back to work and earn my own money, and that would solve “my” problem of unequal financial decision making. I’d be bringing more to the table.

Looking back, I let myself be convinced he knew better on financial matters. He worked in business where he had a good professional reputation. He had more years of job experience. He was the higher income earner.

There were many more factors that played a part.

I came from a one-income family with a working dad and a stay-at-home mom. Every payday, my dad gave my mom a strict “allowance” for incidentals. I heard them argue over it many times – sometimes my dad felt they scrimped too much on groceries; other times my mom wanted extra to pay for our unexpected school or activity fees. I grew up feeling that my dad controlled the purse strings and my mom had to grovel. Maybe they over-discussed how much milk we were allowed to drink (it was and still is very pricey) or how often we could buy instead of bring school lunch. To me they sounded like big battles.

As an adult, I know that they set and met financial goals together. They didn’t agree on every single transaction. There wasn’t enough money for them each to have fun money. It was stressful, but they made it through to a modest, comfortable retirement.

They never discussed their budget or financial plans with us kids. Once, as a teen, I asked my dad if he would show me how much he made and how much things cost. He wouldn’t. Maybe he thought I’d criticize his income and spending, or try to wheedle a bigger piece of the pie for us kids?

In the early 80s, runaway mortgage rates hit 18% and my parents eliminated every penny of extraneous spending to pay off their mortgage. We were very proud of them for doing that. During that time, I earned money through babysitting and summer jobs. I bought my own clothes and toiletries, but otherwise, I spent every penny I earned. My brother and sister did the same. We kept expenses low for our parents, but never learned how to budget or save.

I checked out what apartment rent would cost when I left home, but otherwise I had no idea how to keep track of my money or balance a bank account. In school, we learned how to complete a tax return. That was it!

Second wave feminism happened in the 70s, and more women began working outside the home. The 80s brought yuppies, Sloane Rangers and DINKs. Young women had jobs, money and prestige, but it was still a cultural ideal to have a wealthy husband. In the 90s, traditional gender roles were still pervasive. Full-time working moms were seen to be neglecting their kids and emasculating their men. Women usually did all the housework and childcare even if they had full-time jobs. Men still focused on their careers, went out for drinks after work, and played golf with their cronies.

Gender roles weren’t only divisive between women and men, but among women. There was a female code of conduct. If a man financially provided for you, any sins were to be forgiven. You had the perks of shopping, gifts and vacations to make up for it. Your girl friends were your main source of companionship while your relationship with your husband was in another sphere. So many young women wanted to stay home with their kids and be provided for. Friends would say, “Why on earth would you work if you don’t have to?”

Most people at that time were still brought up in religious homes and were exposed to pressure from their families and their religion to stay together no matter what.

Thankfully everything has changed since then 😉 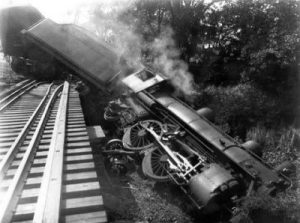 The remaining factor for me was DG’s substance abuse. It’s easy to say you would bail out of a relationship if you found out someone was an addict. You’d give them an ultimatum – it’s alcohol or drugs or me – and then you’d leave. But addicts begin as friends and boyfriends and husbands and fathers, and their better qualities show themselves enough that you have hope. You want to support them and make them well. As the healthier one, you want to be their advocate. You think you can love them back to good health. You cover their mistakes so they have more time and privacy to get well. You know if he lost his job or his driver’s license, you would be supporting an unemployed addict who now stays home with your kids all day. So you make sure that doesn’t happen. You don’t realize it will have a financial impact. Maybe it begins with the cost of cases of beer on the weekends or treating friends to rounds of drinks. You don’t realize it can lead to poor judgment in all areas of life – to parking and speeding tickets, car repairs, hospital and rehab bills. At some point, you realize your partnership is a sham because he is never sober when you make plans: he doesn’t keep them or even remember them.

All of these things created a perfect storm of personal and societal pressures to agree with most of his financial decisions and mistrust my own judgment.

In retrospect, it wasn’t just the train wreck situations I should have looked for. There were lots of signs I could have picked up on. Many were not dramatic, and when I protested (to DG or to my friends and family), I was told I was making a big deal of nothing. I should trust more. I should be grateful. No marriage is perfect. Everyone has to compromise.

DG ensured I never had access to his accounts and never saw his bank statements or bills. He paid his agreed share of the household expenses on time so I didn’t need to worry, but I was blocked from seeing how he spent the rest of his income. He would not discuss it.

Sometimes he cashed in stock options or reduced the amount he contributed to retirement funds – maybe I would see a statement come in the mail, which I was not allowed to open or read. He would give me a flimsy story which I couldn’t verify.

He would make extravagant gestures to compensate for bad behaviour. “I will treat you to this wonderful vacation!” Hold on, if you can pay for a spur-of-the-moment vacation, why couldn’t we afford to replace those drafty windows before winter?

Abuse is not always physical violence. If I challenged DG too much, he refused to speak to me – literally for days on end. It was a silent rage. I couldn’t bear it and eventually I would apologize for questioning him. He “won” these battles and made me back off.

Friends and co-workers today would never believe I’d put myself in such a position – they would think I was “too smart” to be deceived.  But smart doesn’t go very far when you are dealing with emotion, pressure, and inexperience. I have had to forgive myself over the years instead of dwelling on my naïve decisions. I seem to have some friends who never made any seriously bad life decisions. But then, they are librarians!

I have spent a lot of time thinking about what constitutes a healthy relationship. I have only to look to Rom for comfort and inspiration. But regardless of relationship status, I am much wiser these days. Financially, at least!

What did you learn about managing money when you were growing up? How prepared were you for the real world?