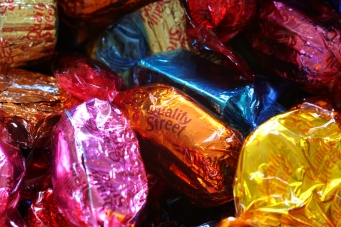 Because it’s just a few weeks before year-end, I will do a little wrap-up of my vegetarian experiment this year.

We’re well into month 6 of being 95% vegetarians at our house. We eat meat once a week or less if we’re invited to someone else’s home. (One meal out of 21 per week is under 5% of our diet).

We do a monthly meal plan, for dinners and for weekend lunches. I used to plan almost all of it and ask Rom to make a meal or two. Now he provides 8 dinners a month – 4 recipes that make enough for 2 nights. I choose another 4 meals that will serve for 2 nights. Since we’re still pretty new vegetarians, we both choose new recipes every month so we can experience different flavours and cooking methods we haven’t tried before. So that’s 8 new recipes a month. Both of us like feeling creative and have had enough successes that we want to keep going!

Any given month, there are usually 4-6 nights when I am working an evening shift or one of us is out, so we fend for ourselves those nights and don’t make proper recipes. I would typically have cheese toast and Rom would have canned baked beans! The remaining 10-or-so evenings we make easy recipes we’ve made before. We often make stews or curries that last a couple of nights, so, less cooking.

We have developed some routines on the weekends that we look forward to. We’ve been making a new kind of panini for lunch every Saturday. And on Sundays for lunch, we always have eggs: scrambled, omelettes, pop-overs, breakfast sandwiches or French toast. (As you can see, we are not vegan).

We grocery-shop once a week for the fresh ingredients we need for the meal plan. Rom has been in Canada for 3 years now and I think he still likes browsing the grocery store and trying new foods!

It’s been a real joy meal planning, grocery shopping and cooking this year, and taking on this project together. I have also been baking bread and making yogurt for most of the year, and sometimes making soup, muffins and granola.

I find that people I know don’t often self-identify as vegetarians. I went to my work holiday dinner at a restaurant last weekend and there was only one vegetarian entree on the menu, which 4 of us ordered. I didn’t know any of the others were vegetarian, and they didn’t know I was. We all just grinned at each other and that was that. (Plus, how could you not grin when there was black sesame gelato for dessert?) Likewise, today I attended a work training session that included a lunch. There was a choice of chicken or veggie soup, a selection of meat and egg sandwiches, fruit and veggie trays, muffins and cookies. Everyone found something they liked and not one person grumbled about the options. Maybe it’s just the Canadian way 🙂

Our kid, Link, who is an avowed carnivore, will be here for two weeks at year end. We’ve decided to make the same vegetarian dishes that Link liked while living at home, such as chick pea curry, and buy veggie take-out we all like, such as samosas. We’ll make veggie versions of dishes we all eat, such as stuffed peppers and mac-and-cheese. However, I may buy a cooked chicken or a ham steak so that Link can slice it up and add it to any dishes that are found lacking. I wonder if frozen oven fries and Kraft Dinner will make their way back into the house, LOL!

Several family members asked what gifts we would like for the holidays, so we suggested food, such as coffee, chocolates, pickles and jams. I trust my brother won’t give me moose steaks and deer sausages, which I know he has on hand!

So our first 6 months in Veggie Land have been very good to us. Thankfully we are not true locavores because we’d be limited to root vegetables in January. No to turnips! But yay to parsnips! 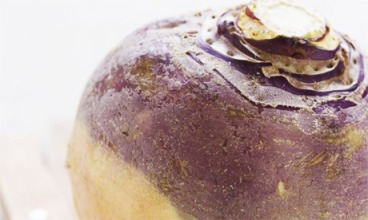