I set myself the goal of celebrating every month in 2013 and I’ve failed already! Some things I hoped/planned to do in January were:

Go see Academy Award nominated films. I had narrowed it down to Lincoln, Zero Dark Thirty and Les Miserables. However, all of them were 2.5 hours plus and none were at all light. ZD30 starts with graphic depictions of torture and I didn’t think I could handle it. Les Mis, is, of course, entirely miserable. I do think that dark films have a place, but I need to be in the right mood to withstand them. Despite the assassination, it looks like I will be seeing Lincoln in the weeks ahead!

Watch significant movies on DVD. Nope, not even one.

Go to opera live movie broadcast. Exactly the same as above. This month’s screening was Maria Stuarda. I heard it was stunning, but it was one-show-only on a day I had a bad cold and couldn’t stay awake. I am not going to find a light-hearted opera anytime soon, so I had best psych myself up for a tragedy.

Go to rockabilly/burlesque night. This is a monthly local event so I hope to attend one some time this year.

On the plus side, I did a few things on my list:

Go to science lecture (ocean research). It was standing room only! And, we had pizza at Bramoso, which was new to us and definitely requires a repeat visit – they have 6 vegetarian signature pizzas!

Indulge in chocolates. A large tin of Quality Streets seems to have been consumed… 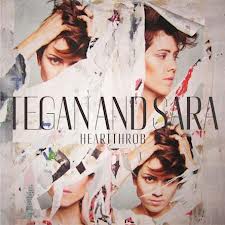 Listen to new Tegan and Sara album (released this week). I looooove it!

African Heritage Month Opening Night at the library: tonight! This is a huge celebration and I got to help plan it this year. So fun! 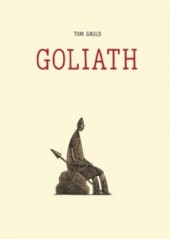 Read graphic novels. I read one from my Top 12 list: Baby’s in Black, which was about the early days of The Beatles in Hamburg. The ending completely knocked me for a loop – I had no idea! I read another graphic novel called Goliath – yes, it was about that Goliath – and it was very poignant (!)

I have only read one other book, Shakespeare: the World as Stage by Bill Bryson. It is a short biography because it focuses only on what is actually known of Shakespeare’s life, rather than speculation.

Apart from all of this, there were a few things I was pleased about this month:

I will make do with those small pleasures because they really do make me happy.

On an unrelated note, I had a cold and was crazy-tired this month. I decided to keep a little journal of how I was sleeping. Well, guess what? On days when I get up early, work out for an hour, work 9-5, and go to bed at 11, I seem to be quite tired the next day. When I skip the workout, get up later, and go to bed at 10, I am fine! Who would have thought, LOL!