What I Don’t Have 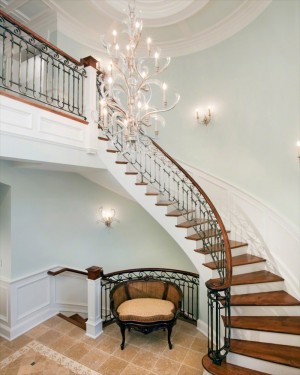 As I continue with my very lengthy home inventory project, I am recording the things I own, and giving some thought to things I don’t own. I started wondering – what is in a typical household, and how is mine different?

I thought I would compare myself to my “peer group,” being former school mates and co-workers who live in my area. I didn’t quiz them, but just drew some quick conclusions based on what they talk about and what they share on Facebook. Keep in mind that I am almost 50 and my “peer group” has had time to amass a lot of stuff, which might not be your situation! I went to school in a rural area but I lived on the edge closest to the city and gravitated toward it, while many of my classmates didn’t.

This is what my generation looks like – a photo of a 1982 class reunion – not my school (Photo: sesmschool.com)

I know one single person who lives in an apartment and one who lives in a cabin in the woods, but everyone else owns a house. Quite a few people I went to school with have chosen to live in the communities where they grew up, where land and home building are affordable, rather than living in the city. A number of them have found (or created) work in the outlying communities and have built their lives at a local level, which I find admirable.

Most people I know have kids between 15 and 30 years old and are at the tail-end of their child rearing years. A few are grandparents! Lately I see lots of updates about graduations and weddings. No one I know has downsized or bought a condo yet. 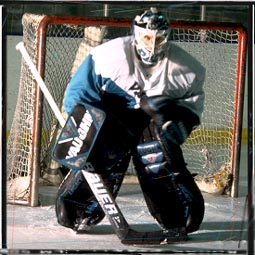 Nobody wants their kid to be the goalie: too expensive! (Photo exploratorium.edu)

I attended a high school reunion and several dinners with my graduating class in the past 5 years. Some typical scenarios were:

We all have parents who are seniors now. A few classmates had helped their parents downsize and move, mostly willingly – our parents’ age and health are generally not at the stage where out-of-home options are required.

Of course, one big difference among classmates was between those who had been married for many years and those who had re-built their lives after a divorce. Another was classmates who had experienced cancer or another health scare, which led to radical differences in what they valued in life. Gay and lesbian friends had experienced more turmoil in their earlier lives, had more issues going on to higher education, and took longer to achieve a comfortable lifestyle. There are still people of my generation who choose not to be Out and who find it works better for them to use a personal “don’t ask, don’t tell” policy.

Where I live, lots of people buy ATVs for their kids. My brother and cousin have both had traumatic injuries on them as adults. (Photo: producer.com)

Besides kids in sports, there are two areas where spending diverges a lot: 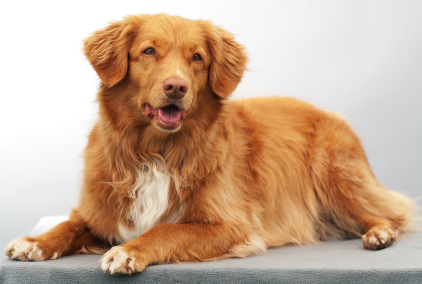 Oh wait, there is a third one: dogs! Everyone loves their thoroughbred dogs and often spend big bucks on obedience training, grooming and doggie daycare.

I definitely find that the rural dwellers are more oriented to family, church and community; while city folks like their arts and entertainment – surely one of the things that brought them to the city in the first place.

So how do I fit into this equation?

Dogs – have 2 cheap cats instead!

Furniture and home decor – only necessary items like mattresses and book shelves (!) 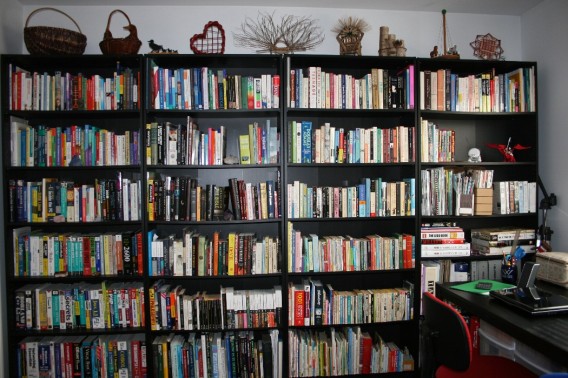 Our new bookcases, stuffed, and this is only half of our books

Where I do spend my money, as you know, is arts and entertainment, electronics, media, and books. I am sure that the cost of the 1800 books and 400 DVDs in our house would have funded annual sun vacations for our whole lives! But that was our choice.  I have nothing against travel whatsoever, in fact, I generally think that choosing experiences over stuff is a better way to go.

There were times in my life when I cared about how others were doing materially versus me, but those days are long past! The recession has been a great equalizer, for better or worse, and I live in a part of the world where most people are frugal anyway. I also think that upcoming generations won’t be the acquisitive creatures that we are – they will never have experienced the means, and they are more aware of the environment. Here’s to the future!