And So On, And So On 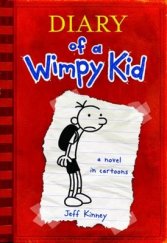 Diary of a Wimpy Kid

Every month, my public library puts out a list of the most popular authors – those whose books have circulated the most. After reading blackcountrylibrarian’s post on the topic, I looked into our most popular children’s writers – and promptly found they were all writers of series books.

When I was a children’s librarian, the public library tolerated series books, believing they would serve as a bridge to better quality books. A kid might get hooked on Goosebumps or The Babysitters Club, and go on to read something worthwhile! And reading a series builds children’s confidence and enjoyment in reading.

As a voracious reader, I spent my childhood reading series books as well as stand-alone books and I enjoyed the mix.

I know now that my childhood (1960s and 1970s) was at the tail-end of the post-war era, before the explosion of children’s and teen publishing. The books that were promoted to me by parents, teachers and librarians were mostly written between 1900 and 1960, before I was born. It was assumed that every new generation would benefit from the classics, which taught lessons about how to live. At a minimum, they were entertaining and inoffensive.

Before I went on to teen and adult fiction, I read through scores of children’s series. This is not a recommended list, as you’ll see afterwards! 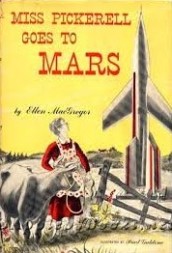 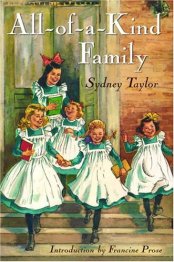 So what were my life lessons from all of these books?

Reading is fun. Meeting the same characters each volume of a series is like meeting an old friend. You want to read about the same kids in different situations. What would they get up to next?

Growing up is to be avoided. The adults in the books were one-dimensional, benign, incompetent or absent. Mostly loving, but still. They really just served as the “home base” for the kids’ adventures. I understand that adding a well-rounded adult character to a formulaic children’s book just wouldn’t work! But no one would ever want to become one of the parents (or housekeepers) in those books.

Girls become wives and mothers. No matter how feisty the heroine, they settled down into domestic life. Sometimes kicking and screaming, but they had to accept their lot. I was so disappointed to read the sequels to Anne of Green Gables, Little Women and The Little House in the Big Woods only to find that the lead characters just became…women. I wasn’t averse to becoming a spouse or a parent myself – I just didn’t want Anne or Jo or Laura to. What boy book would ever have the hero grow up, go to work and become a dad? (Well, OK, Adrian Mole!)

Foreigners are not like us. They talk funny (Sai Fong in Cricket), or need to get their Blackness bleached away (Bumpo in Dr. Dolittle). No less for people of colour in our own countries: “savages” attack you instead of willingly giving up their territory (Little House on the Prairie); and people of African descent bow down to you (Pippi Longstocking). As a child, I did all my reading independently and never had anyone to discuss these things with. I hardly knew anyone of a different skin colour or nationality, and it didn’t serve me well to have these series books focus on negative differences and humiliating behaviour.

Finally, a positive life lesson. Like every child sleuth and child scientist in training, I learned to look for evidence, stop and think, draw conclusions, and formulate answers to big questions. No matter how chaotic your life is, or what influence you may or may not have, you can observe your surroundings and know the truth. Thank you to Trixie and Danny and all my other smart and sensible book friends for that!

I was fortunate to have two grand opportunities to revisit children’s books. When I became a children’s librarian, I re-read hundreds of books (including revised editions) and read hundreds of new ones, updating my knowledge of the whole children’s publishing field. Then, when my own child was born, I had the chance to introduce all the books I loved as a child. And did I? Not much. By then I was aware of so many new and wonderful books that most of the old gems seemed irrelevant. Link enjoyed some older stand-alone titles, such as The Search for Delicious and The Phantom Tollbooth, and newer fantasy series like Warriors (clans of cats!) and Guardians of Ga’hoole (evil owl kidnappers!) How could Joe and Frank Hardy or Ramona Quimby compete?

I do strongly believe that kids should read anything that keeps them interested in reading. Parents, grandparents, teachers and others should certainly share their favourites. In fact, all children’s books, especially older titles, are best shared because then you can explain why the characters behaved as they did, and how the world has changed. But keep an open mind about new books…if you haven’t met Greg Heffley or Molly Moon, maybe you and your kids will love them!

What were your childhood favourites? Did you (or will you) share them with your children, grandchildren, or students?