What I Liked About October

If you like a few grumbles, though, here they are:

But I am not going to dwell on those things!

October had an exciting confluence of events with the New York trip, Thanksgiving, my birthday, and a couple of concerts all thrown into the mix. I had 9 days off work, the longest vacation (at a stretch) I’ve taken in several years.

Thanksgiving involves a big dinner with extended family at my parents’ place. My dad and I have birthdays in October so we roll it all into one and celebrate together. The weather and fall colours were spectacular for most of the month.

For my birthday, Rom and I went out to the local place that does certified Neapolitan pizza. I joked, with only slight exaggeration, that the glass of wine I ordered cost as much as the pizza 🙂 We went to a late-night show to see Beach House, a hazy romantic dream pop band.

In the time off before going to New York, I made a double batch of quince jelly with quinces from a friend. They were a bugger to cut up and the whole process was pesky, but it turned out! I tried hard to channel my mother and grandmother and remember how they did it, with a pillowcase hung over a stock pot! The juice was a sickly light green colour and I thought the jelly would be mistaken for gooseberry, but it turned its proper pale orange colour at the end. Amazing! I forgot to mention that I made a batch of pickled beets with my mom last month, too. My only other preserving this month was to roast and puree a gift 5-pound squash!

I put in over 25 hours volunteering which was a little begrudging at times but needed to be done, and I had the satisfaction of not leaving anyone in the lurch. Not quite sure that’s the motivation you’re supposed to have when volunteering, but in tough times, it will do!

My 13-year-old nephew stayed over 3x and we always like visiting with him. My sister is a nurse who works regular overnight shifts and needs a hand. He is a good opponent for Rom to play MTG with!

After returning home from New York, we had tickets to see a punk band we really like, Against Me! In addition to their musical talents, they are one of two rock bands (that I know of) with transgender singers.

Beyond Magenta by Susan Kuklin

Speaking of which, I added another book to my list of parenting books about transgender kids. I read Beyond Magenta: Transgender Teens Speak Out by Susan Kuklin. The author profiled 6 teens who are transgender, genderqueer or somewhere else on the gender spectrum. They are all in a process of growing up and self-discovery, and range from spectacularly well adjusted to seriously fucked up. Based on my own kid’s experience, I know this can be a very fine line. As such, I found this book a lot more upsetting than the other “trans” parenting books I read, because it didn’t leave me feeling hopeful. I thought more about how isolating and difficult the whole process is. However, you will be struck by the kids’ courage in being true to themselves. I would love to know how they are all doing 10 years from now.

I chose two other books for October. I finally read Quiet: The Power of Introverts…by Susan Cain. I was so disappointed! The author started off with some great examples of how an introvert can still be strong and effective in the workplace. For the rest of the book, she summarizes brain research, almost all of which has been featured in the press before. I hoped it would be a guide for introverts or the people who supervise them: best practices for introverts and extroverts to work together. But the little advice provided was superficial. Basically she asserts over and over that quiet people/thinkers can be innovators and have value. If, as an introvert, you are having a self-esteem crisis, this might be worth reading. Otherwise, it won’t tell you anything new.

I read one book I loved in October, Love, Nina: Despatches from Family Life by Nina Stibbe. The author was a nanny for a literary family in the 80s and she wrote letters home to her sister about everyday life. The kids she babysat, and their mom and neighbours, are so quirky: only real life could be like that! The dialogue and one-liners from the kids made me sputter with laughter. At the same time, her observations about life in the 80s rang completely true. I did worry that the book would be all zingy script-writing, but it takes a turn when Nina goes off to college and her relationship with the family changes. Then she is no longer stuck in a holding pattern, but really takes charge of her life. My favourite bit of the book is that one aspect is left in suspense until it is resolved in the very last sentence. So don’t peek ahead!

OK, another grumble. I had to read The Orenda for my book club. I would never have picked it up on my own. After 50 pages I didn’t want to finish it. I thought there must be a point, so I kept going. But I was wrong. Summary: torture, torture, torture, die, die, die. The book was gruesomely violent from start to finish under the guise of revealing the history of the tribal nations in Quebec and Ontario. I couldn’t read it at meal times or at bed times or in little snippets. So I had to plow through and then it was like a Game of Thrones marathon! If you don’t know your First Contact history, it has conflicting messages. It stated that European contact changed the aboriginal ways forever and brought diseases that were devastating. But it also seemed to say that the warfaring tribal nations probably would have wiped each other out or starved anyway. I read many reviews and author interviews after I finished the book to help figure out his intent. He was trying to say that all of the parties involved (aboriginals and settlers) contributed to the outcome. He was also just trying to make those times come alive for those who don’t know the history. I think this did have some effect on the three members of our book club who didn’t go through the Canadian school system and didn’t know those stories. I have to admit it did lead to a good discussion. But I could do without those torture images in my head forever. Earlier this year, I read Cloud of Bone by Bernice Morgan. It was also hard going, but (in my opinion), much more effective in its messages.

So, overall, my reading this month was not cheering! 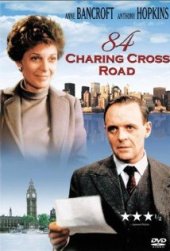 I did watch two literary DVDs, though. I watched 84 Charing Cross Road (1987) which was a delight! I had loved the book so much, I worried the movie would be a travesty, but I highly recommend it. It gave a great feel for both London and New York in the early 1950s and going up through the years, the characters were convincing, and they didn’t mess with the story!

Then I watched the 2008 film version of Brideshead Revisited. Now how could they condense this to a little over 2 hours? By reimagining the story and deciding on a distinct point of view. The director and screenwriter had a particular vision of how the relationship between Charles and Sebastian, and between Charles and Julia, played out. A lot of situations had been vague in the book, but were not on screen. So the whole story seems to be playing toward a particular outcome. I thought that was both clever and brave, although I had not seen the character’s relationships at all in the same way. This was definitely worth seeing. But of course I still plan to watch the mini-series.

BTW, for Hallowe’en, I got to participate in the teen party at work, wear my Pikachu hat while presiding over a staff meeting, and give out candy from my house. A nice cap on the month!

If you are thinking I was busy, just remember I had vacation this month and most of my “busyness” was entertainment!