This is the first month I’ve been tempted to phone it in and say “Nothing to report!” It’s been snoozy. So, here’s a little slice of day-to-day life.

The weather has been weird. We had one big snowstorm mid-month. Then it warmed up and melted. We’ve been without snow for a couple of weeks and may get another week before winter resumes. No complaints here!

I’ve continued skating twice a week throughout the winter. Normally the air temperature in the rink is a lot warmer than it is outdoors, but not this year! It’s harder to motivate myself to go skating when it is +8 outside! I go anyway because the exercise is so unlike walking; it works a lot of different muscles. The other three weekdays I use my elliptical and mini-trampoline at home. This month I am taking weekends off except maybe a walk.

I had two food-related high points this month, the annual Valentine’s Day Tea, and Pancake Day! No fine dining, though.

Now that I’m back to managing the grocery budget, I spent all but $2 of the monthly allotment. I’m sure Rom would have done better! I made two bad purchases. I tried out the cheap rice pudding from Dollarama and didn’t like it; oh well. I bought a hemp protein powder thinking it would be a toasty colour like hemp hearts, but it was cannabis green! I don’t drink green smoothies, so I will have to save it for lentil dishes. It looks nauseating in my oatmeal. For an expensive but tasty treat, I bought crystallized ginger at $1 per ounce to chop up fine and sprinkle in my trail mix (also excellent in granola) – a little goes a long way.

My favourite at-home meals this month were Sweet Potato Chili, and Mac and Cheese with puréed squash (comfort food!) Rom tried out a new casserole topped with a sauce made from parsnips and celery. It was astonishingly good!

On the clothing front, I bought two new pair of dark-wash jeans at the end of January, as replacements for older ones which had become too faded for work. I parted company with my favourite hoodie which I somehow spilled a jar of oil-marinated sundried tomatoes on (#firstworldproblems). Despite several rounds of stain removal techniques, it was too far gone.

I am feeling completely out of touch with Western culture this month. We cut cable last winter, and are no longer able to get any over-the-air TV channels. I missed out on the Superbowl, Grammys and Oscars. I usually look forward to the shows and it felt strange to be so far out of the loop. I wasn’t able to tune in live/online either, so I was reduced to watching a few YouTube highlights afterwards. Adding basic cable again would cost us $60/month, so I’m not really tempted – maybe I need to visit family and friends on the Big Days and provide the snack buffet!

I only read one book this month because it was the doorstop-sized The Luminaries. It was a rip-roaring historical mystery set in the days of the New Zealand gold rush. I have never read a book with 20 significant characters before. I needed to remember who was who, what knowledge they had, and to whom they had revealed it. A lot could be said about the structure of the book and how it was shaped around the zodiac. I liked how the chapter lengths “waned” like the moon. All in all, an impressive book.

I participated in a month-long Haiku Challenge and will only bother you with one sample:

In more “functional” news, I needed to issue the tax donation receipts for my charity/church commitment, and it took me a few evenings to get the records in order. A more experienced treasurer (and friend!) is taking over so I hope I can be of help. That job, combined with my library work and blogging, was causing me some escalating RSI symptoms last year, which have abated since I passed on the job to someone else.

I had received all my own tax slips by month end, and I’m due for a refund, so I filed right away. Next up: do my parents’ tax returns, too! I don’t mind. Our tax deadline isn’t until April 30. 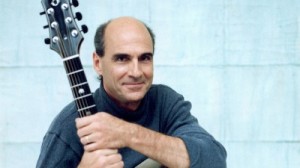 I don’t know how many people out there recognize the name James Taylor. He is a soft-rocker from the early 70s that I maintain a fondness for despite any attempts to be otherwise musically cool. I have seen some of his concerts on TV over the years, and now have tix to see him later in the Spring, here in Halifax. I will be out there with all the oldsters! 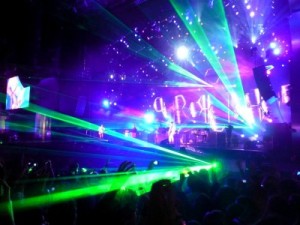 Muse (via guang2222 at DeviantArt)

On the flip side of the coin, we have booked our next trip to London and the UK in April, and will be going to see Muse at the O2 – should be bombastic!

Would love to hear how February went for you.