This month I learned an exciting new skill. Sport stacking! I was looking for an activity for a youth program at the library and thought I would try something the teens would remember from their childhoods. I spent about a day learning the drill. I am slow but I can get through it successfully! The program was fun – who knew how many novel things teens would find to do with cups? 🙂

That’s about as sporty as I got, though. Skating is over for the season and I haven’t found anything new to fill the gap. In June I need to find some new fitness stuff to keep my interest. Meanwhile it’s the same-old same-old (elliptical machine, mini trampoline and walking).

I had a few events in May. I invited the family over to do a Mother’s Day brunch for my mom. It was a good change to do a low-stress brunch rather than dinner. As for the house cleaning prior…oh well, it had to be done!

We had a long weekend for Victoria Day. Finally the lawn grew enough to use the new battery mower, and it is making up for lost time. I use the word “lawn” loosely. Pesticides and herbicides are banned here so everyone has more weeds than not. At best you can keep it all green. For the record, I have dandelions, hawkweed, buttercups, wild strawberries, daisies, sorrel, chickweed, forget-me-nots, and small quantities of this pesky weed: 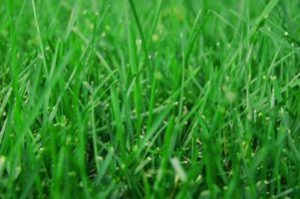 The bees are happy here!

The new mower needs more of a workout, but so far, so good. It is not as strong as a gas mower but it will do the job. As expected, the batteries lasted about 30 minutes, so I ran through both and recharged the first one while the second was in use. The job took less than 90 minutes, about the same as before.

I spent lots of time getting the yard in shape for Spring. I joke that my idea is gardening is keeping everything alive that the former house owner planted. I’m not really kidding, though. She did a great job of selecting and laying out the plantings, and I make an effort to save them all! I have also grouped a few things: bachelor buttons (cornflowers) had self-seeded everywhere and I moved them all to one spot. Likewise there were daisies and violets everywhere, so they have their own new locations, too. I also gave my dad a large clump of Solomon’s Seal. The root systems on those things are amazing!

My favourite plant in May is bluets. The nearby school yard is carpeted with them: 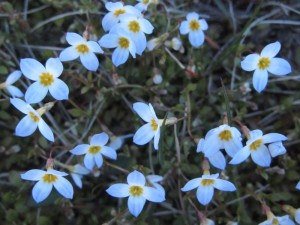 We are still getting ready for our house interior painting. The amount of work to disassemble our house (book cases and stored items) is staggering. I feel like chucking half of my worldly possessions. I am really quite stressed about it. Major decisions have arrived! I cheerfully got rid of all the VHS and cassettes that I embarrassingly still had in the house (but NOT the vinyl records). The painting crew are due later this week.

The James Taylor concert has come and gone. It was a lovely, if expensive, night out which included dinner at a new Tandoor place. James Taylor is comfortable performing for his audience, but he is a quiet guy with a wry sense of humour. The main reason I wanted to see his show is that I have seen a couple of his concerts on TV and he has a large band of musicians and vocalists – very talented – and he really allows them to shine. Well, not to mention that I grew up listening to his songs on AM radio way back when. He kept joking that he would only play a few new songs and “get them over with” so all us geezers could hear the old familiar tunes. The average age of the audience was the highest of any I ever attended: maybe 60? We were laughing because the last show we’d seen at the same venue, in November, was Judas Priest!

Over the past few months I did a small amount of volunteer/volun-told work planning a local library conference. I was just a bit player. This week I am attending and doing various odd jobs there, working at the registration desk, convening sessions and attending a few. It’s been a nice change to get out of the office and meet new people. I have had many good conversations with library students who have asked me about the profession and the job market. All the students and new professionals really inspire me with their energy and commitment.

I even got to wear some of my new Spring vacation clothes at the conference!

It would be great to hear how May went for you.