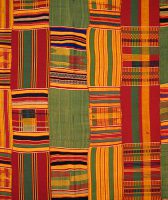 After the stay-in dark winter of January, February was more active. Including 5 hours shovelling after it snowed for 24 hours! We got two days off work for that one.

I made good progress on my recipe collection this month. I have all my recipes formatted, and need only photograph them all as I make them. Should only take a year or so! I watched a series of food photography videos on lynda.com which helped to cement some techniques I’d been loosely trying. So now you will get all those typical food photos from me! Continuing on with everyday, non-fancy baking, I made bran muffins and corn bread this month.

It was a good month for getting out of the house. Our city doesn’t have an opera company. There are some live-cast operas at the movie theatre, but I have not found one I thought I could sit through. As a newbie, I didn’t think I would last 3.5 hours! A couple of weeks ago we went to see our local symphony orchestra supporting the London Festival Opera for an “opera’s greatest hits” show. That was a good intro for me. Rom and I both liked it. Also, the costumes were great!

We finally went to see the movie Hidden Figures which I loved. I mean, really, inspiring Black and women’s history plus science and math – what more could you want! In other viewing, I binge-watched Season 5 of Girls. The 6th and final season is airing now but I don’t have HBO so probably won’t see it until next year when it comes to DVD. In celebrity gossip news, DID YOU KNOW that Zosia Mamet, who plays my favourite character on Girls (Shoshanna) has been cast as Patti Smith in an upcoming Showtime mini-series based on her memoir Just Kids? I am beside myself! (This is old news, and it will be ages yet before it airs).

For African Heritage Month, I attended two spoken word poetry programs at the library. In my dreams I take the stage at a poetry slam 🙂 One of the poets was more emotional and she rhymed about urban life, while the other spoke of her country and family roots, so it was a good contrast.

While my sister was out of town, I drove my 15-year-old nephew to his activities in the evenings. It was great to spend time together. And you would be amazed by how much I know about MMA now 🙂 It’s funny, Rom has been taking an online certificate in data science, and I have been well apprised on that subject, too. (As an introvert, sometimes I am a sponge while everyone talks at me!)

My only discretionary purchase of the month was a book by one of the above poets. Of course, as I read the book, I hear the poems being read aloud in the author’s voice!

A work colleague took pity on me and gave me her old Fitbit when she upgraded this month! It is the same model (and same age) as my dead one, but still going strong. I have to say I find it very motivating.

Last month I said I was trying to figure out how to be an activist while respecting my own need to be more reflective. I started off by taking the time to be well-informed and able to explain news stories to others in a balanced way. This month I attended two public consultations on community issues. Our local schools have low enrollment and the school board needs to redraw boundaries and combine 18 public schools into 13. I don’t question their need to close schools in light of demographic trends. It’s a matter of which ones. At the other meeting, our nearest “traffic artery” street is slated to get a face lift with new pedestrian and cycling lanes; the city was seeking public input. I think civic engagement is a good “foot in the door” for me and will give me practice at becoming involved.

In a surprise move, I was asked to return to my old workplace for 2-3 weeks to cover for a staff absence. I am midway through and I can’t believe how much I am enjoying it. What a nice change of pace!

I have a work-related question for you. Have you ever given, or been given, a bad reference? I am often asked to be a reference for current and past employees. With current employees applying for internal jobs, I tell them our work policy – supervisors can be called whether they are listed as references or not, and we are expected to give honest feedback rather than a positive spin. With ex-employees, if we did not part on good terms, I tell them I will verify their employment and describe their duties only. This week I was called to provide a reference for an ex-employee who had not asked me in advance. Their work was unsatisfactory in many ways. They were seeking a higher classification in our library system, so I followed policy and gave an honest assessment. As a result, the employee did not get the job. They emailed me and asked for feedback, so I was diplomatic but honest. I was pleasantly surprised that they thanked me for the comments.

Two concerts in March, and Rom and I booked a day off work together “just because”!

How was February for you?