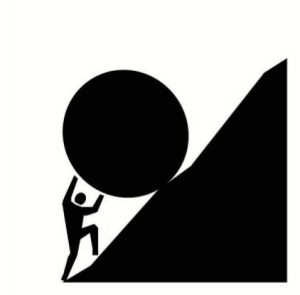 For the Just-for-Me Book Club, I solicited book recommendations from bloggers and commenters who visit here often. I had 24 books to look forward to – the following book is #7.

Superhuman by Habit was recommended to me by Claire at Just a Little Less. I wanted to read it in the first part of the year while I was still thinking about resolutions and lifestyle changes.

This book is only available on Kindle and Kindle Unlimited. Amazon shows a print edition; I think it is self-published and print-on-demand. So it is not as readily available as books traditionally published.

This short book hones in on how to establish or break habits through self-discipline. The author, Tynan, is an all-or-nothing guy. Once he decides to do something, he is unwavering. He is also prone to extreme habits and beliefs. For instance, he once heard it was possible to sleep 15 minutes every hour instead of sleeping at night. He did this for a significant amount of time before realizing it wasn’t workable. He also “eats perfectly” (by his definition) 100% of the time except when travelling. He is a writer and blogger who works 12 hours a day. He is also a single person who travels a lot and struggles with social situations. As a result, those of us with employers and with other people in our households may find it hard to relate to his examples. I didn’t like that one of his habits was to force himself to speak to every woman he encountered to whom he was attracted. Creepy. I think this book will appeal most to people who are extremists or who aspire to be like extremists (such as bloggers Leo Babauta and Bea Johnson) or who enjoyed books like The 4-Hour Workweek and The Personal MBA, both of which have a narrow focus and promote a single path.

All that being said…I enjoyed the book! It was to the point. It focused on how, by adopting habits, you can create inviolable rules for yourself that remove the necessity of decision-making and willpower. I laughed at Tynan’s trials and tribulations in much the same way I did when reading A.J. Jacob’s Drop Dead Healthy.

If you need rules and structure and a little brute force to make you do things, Tynan’s tough-love style will serve you well. Thank you, Claire, for recommending this – I am inclined to be single-minded when embarking on new ventures, too. I read the book in one sitting, with rapt attention.

I knew that Gretchen Rubin had also put out a new book about habit-forming, so I decided to read it for contrast.

I am exacting, but I have nothing on Gretchen Rubin. She is just as extreme as Tynan! She self-describes as a fussy person who loves routine, doesn’t love food, finds it easy to abstain from things, and readily adopts new habits. She is also a bit of a zealot and tempers her desire to tell others how to live. AND she is happy!

You know how all documentaries these days have a meta level in which they also tell the story of the making of the documentary? Better Than Before is like that: the author describes her process of researching and writing the book and its associated blog posts. I think readers do prefer personal stories and anecdotes rather than straight instruction. She refers often to her home-based work as a writer, parenting, diet, fitness and other everyday examples.

Rubin outlines her theory that there are four “tendencies,” and you need to work with your own type when making or breaking habits. It would have been useful to include a plan or checklist of best techniques for each tendency (upholders, questioners, obligers and rebels) while recognizing that everyone is unique. The personal narrative style of the book made it necessary to take notes throughout, since there is no summary. I did feel that advice for Rebels was sorely lacking, perhaps because they don’t take advice, but they seemed neglected.

I found this book had something in common with The Life-Changing Magic of Tidying Up: it served as much as a memoir of the author’s quirks as it did a how-to on life change. I liked that!

Both of these books were fun to read. If your life is rather unstructured, you will think both authors are hardcore fanatics in the way they live their personal lives. Whether you draw inspiration from them or not remains to be seen!

I am not rebellious, but I found myself not wanting to make or break any habits when I finished the books – I wanted to rest – Ha! But it could be said I’m a creature of habit anyway.

Have you been inspired by any how-to or self-help books lately?