One of those cute aspirational trans men!

For new readers, I’m the parent of a young adult (24) who identifies as genderqueer and transgender. Link was assigned female at birth. I would say they were raised culturally female (although less gender-boxed than most), but by age 16, did not relate to being a girl or woman. Transgender people who lean to the male side can be anywhere on the spectrum of masculinity – born in the wrong body and wanting to become a man, staying in the same body and taking on a male identity, focusing on externals such as clothing or gestures, modifying the body with gender-related surgeries, taking various levels of testosterone to get the desired effects, or any combination. In Link’s case, they began with binding their chest to make it look flatter and to not be mistaken so often for a girl. Link explored their male side in terms of clothing and appearance, interests, friends, love and sexuality. Two years ago they started taking a low dose of testosterone which caused permanent masculinization, with changes to their voice, build, body hair, and emotional “timbre.” They decided the next step would be top surgery: mastectomy to gain a male appearance.

Top surgery for transgender people is not the same as mastectomies for women who have had breast cancer, pictured here. See the contrast in pictures below.

How a lot of people I know reacted to the idea of top surgery (even some “LGBTQ friendly” ones):

I find attitudes toward appearance-related procedures contradictory. While most people I know have not had any such procedures, and some scorn them, they’re not uncommon either. And some have a medical component. For example, correcting an overbite changes one’s appearance, but will also help with jaw misalignment. Laser eye surgery means you don’t have to be seen with glasses, and of course, it corrects your vision. Women will often say they got breast augmentation or Botox not for their partners but “just for me.” It matters more if it’s forever (hair straightening might be seen as OK since it is temporary, while tattoos are not). But a lot of people draw a line between beautifying (for acceptance or approval) and changing one’s very identity – because isn’t the world easier to understand when one’s outward sex characteristics remain fixed?

What I thought of top surgery (as a parent): 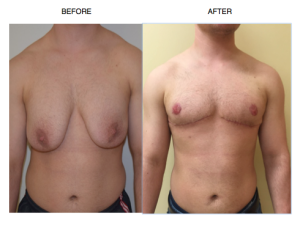 Example of top surgery (not Link)

What top surgery is:

OK, so that is my spiel. Next time I will detail Link’s specific surgery and what it was like for me as a parent, too.

What are your thoughts?

Note: all photos were taken from uncredited Internet sources. If you are the copyright holder of these images, please contact me regarding permissions or take-down requests.