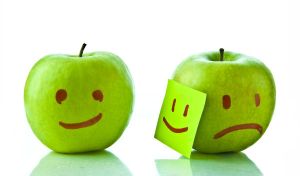 If someone new shows up in your life and they’re planning to stick around – whether it’s at work, school, a friend’s home or a gathering of any kind – what do you ask or say to get to know them?

Whenever there’s a new employee at work, I usually ask them an “icebreaker” question: How do you get to work? Mostly people love talking about their commute, whether they drive or take the bus, how long it takes, and how their morning routine has changed. They’ll usually go on to tell me what neighbourhood they live in, how long they’ve lived there, and what they think of it.

The question all their new coworkers want to know is: Do you have any pets? And can we see pictures? 🙂

It hasn’t always been this way.

For so long it was normal for men to ask each other outside the workplace, “What do you do?” Meaning – what is your job? Charitably, they could have a genuine interest. Realistically, they often wanted to one-up each other: “You work for Irving Oil? What do you do, pump gas? Haha! I have a little dental practice – just signed the lease on a bigger space!”

Fortunately, this is changing. I observe more men asking each other safe questions like, “How do you know Amanda?” (the dinner party host) or they’ll be mildly provocative and show their team colours: “How about the Leafs, eh?” But increasingly I hear “water cooler” chat centred around Netflix shows, restaurant meals, home renovations, cold symptoms, or dogs.

I lived away from my home province for 15 years. When I returned, I lived on savings for over a year. During that time, not one person asked me, “What do you do?” Because the economy here is small and a lot of people are unemployed or under-employed, that is not considered a polite question during a first meeting. I was very grateful.

Where Rom grew up in the UK, he says it was always frowned upon to ask about someone’s job. You never asked. You just waited for it to come up in conversation. And if it never did, so be it. In southeast England, I don’t know whether that was meant to protect low-wage earners from being shamed, or trust-fund babies from having to admit they didn’t need to work!

When I got my first career job in the late 80s, women often asked each other, “Do you work?” or more tactfully, “Do you work outside the home?” Full-time mothering was still more common than not; paid work was seen as optional except for pitied single parents. It must be very different now. I can imagine new moms asking each other, “When does your mat leave end?” and “What daycare did you find?” without considering a new acquaintance might stay home with their kids.

Back then, women routinely asked each other as soon as they met, “Are you married?” or “Do you have a boyfriend?” Now I notice women will talk about their own husbands or boyfriends and wait for the newcomer to join in and talk about theirs. The onus is put on the new person to introduce their partner or girlfriend into the conversation and see how everyone else responds. More and more often, it goes well, no matter what gender your partner is.

I know enough people now who are poly or in open relationships that I don’t even ask about spouses or partners or “special someones” any more. If they get to know me and trust me, their relationship(s) will eventually come into the conversation, or they will choose to stay closeted.

To avoid such delicacies, more women just ask each other, “Do you have kids?” without stopping to think what will happen when the answer is no. I have seen such discussions. The questioner will often follow it up with, “Did you want kids?” If the newcomer says, “Yes, but I can’t have any,” the questioner may go down a long path about fertility or adoption, without considering that the newcomer is tired of this exchange. If the newcomer says they never wanted children, the reply might be something like, “Oh, I can’t imagine not being a mother! I love my two so much!” and then the newcomer feels obliged to ask all about the kids – while feeling “lesser-than” for not choosing children.

I am in an interesting position with that question. I am always being asked, “Do you have kids?” and I say, “Yes, one.” The next question is always, “Boy or girl?” I will say, “My one is genderqueer.” I know I’ve met a kindred spirit when my new friend is pronoun-sensitive and immediately follows up with, “How old are they?” or (given my age), “Do they still live at home?” or even, “That must be interesting for you!” I am also perfectly fine with it when they reply, “What is that, anyway?” and they listen without judgment.

On the other hand, if I say my child is trans, a new person will often respond with horror and say, “Oh, that must be so hard for you!” – not because my child might be unhappy, but because I must be devastated that my child is “mutilating” themselves (see this post.)

On the general subject of casual questions, I asked Link once what they’d like to tell my readers. They said it’s hard being asked, as a young person, if they are working or in school, when the answer was neither (they were not well enough to work or study).

I know a good number of people who had to stop work in their 40s or 50s for health reasons, and 100% of them say they’re retired. That doesn’t mean they’re living off pensions and investments; only that they are no longer in the workforce. Sometimes they will say their spouse is still working, and not say their spouse has to be the one to work. I know it’s not something to talk about with a brand-new acquaintance, but it would be so refreshing, after a while, for someone to say, “I had to leave work early because of my anxiety (or fibromyalgia, or Crohn’s disease, or whatever), so now I can focus on taking better care of myself.”

Sometimes it’s easy to kick off conversations with new people – you’re all at a play group with your children, you’re all at a conference for your profession, or everyone in your hiking group is retired. But when you have less in common, what do you ask?

You may have guessed I ask very few intrusive questions. 80% of people are very happy to chatter about themselves, their partners, their kids, their jobs and homes and cars and pets, without my having to say a word! And then they reach out by expecting everyone else to show how their experiences are the same. “You have a boy and a girl, too! Then you know how different it is to raise boys and girls!” I make friends with the other person in the room who rolls their eyes 😊

I don’t think everyone should have to talk about the weather or the Oscars or the new sports stadium being built across town. On the contrary, I find myself being more “out” with my opinions: “The sports centre? I can’t believe we’re spending money on that when the school still has black mould!” Because I am not that desperate to be liked, and I get along much better with people who have slower, more respectful conversations, and people who will just say, “Oh, tell me about that!”

I will note it’s fine to disdain Trump in any conversation here because he is universally loathed.

What do you ask to get to know new people? What questions have you learned to avoid? Any advice?