First of all, the more fun stuff:

Went to the 1st of the 4 restaurants on my wish list! Rom and I went out to Morris East after work one evening. I knew they made wood-oven pizzas, but did not realize that’s ALL they do (except for one pasta entree each night). We had the Maple Roasted Butternut Squash salad (with candied walnuts, pears and blue cheese), followed by the Capricciosa pizza on whole wheat (with chicken, artichokes and olives) and for dessert, I swooned over their signature Salted Caramel Tart. If you are a pizza snob, I cannot recommend this place enough!

Rom had a craving for Chinese food so we also dined at that Main Street institution, the Garden View. Cheap and cheerful is all I need say.

Sadly, none of the upcoming concerts in town have struck my fancy. I am getting to be one heckuva picky customer. The shows I have NOT bought tickets to are Simple Plan, Hedley, Ten Second Epic, Sam Roberts (but only because I’ve seen them twice), Hawksley Workman (have seen), City and Colour (have seen), Bruce Cockburn, Bryan Adams, Tom Petty ($$), Hey Rosetta, Hey Ocean, Wooden Sky, Said the Whale, Wildlife and Yukon Blonde. After it had sold out, I found out that Black Keys and Arctic Monkeys are playing in Portland, Maine this week – I might have made the trip if I had known earlier. I am thinking about going to Dragonette at the end of the month, but they are playing a very late show at a club, on a weeknight…for the youngsters….

Our one upcoming show is Sarah Slean with Symphony Nova Scotia. Going to see her is a bit of a cheat, since we just went to one of her shows in December and I am trying for no repeats, but the show should be nothing like the one we saw – given that it’s a collab with SNS.

Something shocking happened: with all the time I spent this month working, volunteering, cooking, baking and blogging, I only read ONE BOOK! I am certain that sets a record for my personal worst. The book was worth it, but slow going: The Hare with Amber Eyes, by Edmund de Waal. The author inherited a collection of netsuke (tiny Japanese carvings) and he traced the history of his Jewish family in Europe and how the art collection ended up in his hands. The book was very well-reviewed. I couldn’t help but think, though, that if the author had been female, the book would have been criticized: they would have said it was about the “ornaments in her china cabinet!”

Likewise, I am not keeping up on watching movies, either, but we did see two: a free screening of The Mirror Boy followed by a discussion with the director, Obi Emelonye, and we watched the DVD of Mao’s Last Dancer, for which I’d been on the library’s wait list for months. (I probably need Netflix). 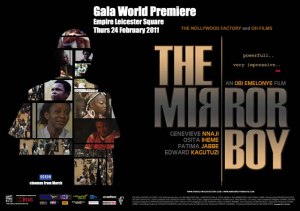 I am rather ashamed to admit that another month has gone by and I did not offer to play Magic the Gathering with Rom. The mood doesn’t strike very often and he knows better than to badger me about it (hence, he is waiting for me to offer to play).

I am ready to give up on changing my driving habits. It seems that no amount of improvement makes Rom feel any less skittish when I am behind the wheel. This all started when we were teaching our kid how to drive and we all got ultra-sensitive about driving mistakes. I have made 3 changes: I brake more gradually and leave more room between vehicles, I corner more slowly, and I announce when I’ve seen a road hazard so he doesn’t worry about whether I’ve seen it. That is about as far as I am willing to go. Since I am the driver all the time, he will have to put up with me, or he can take over chauffeur duties!

I was all set to attend a meeting of PFLAG this month, but it appears the local group is defunct. So I will have to scratch that goal off my list and try to be a good queer-mama in some other way 🙂

I have not done any of the organizing projects on my list, but I did re-organize all of the kitchen drawers with cooking/baking utensils, small bits of hardware, etc.

One of my goals was to bake bread, and decide if I wanted to bake it regularly. The answer is YES – I have made a loaf every week this month, 3 whole wheat and one rye. I am liking it – making it and having it – so that’s a keeper. Another goal was to buy local meats, but that is behind schedule because we had so much conventional meat in the freezer to use up first. Besides daily meals this month, I made bread (x4), yogurt (x4), muffins (x2), granola, soup and spaghetti sauce. The grocery bill came in at 24% under budget: partly because of the homemade bread and yogurt, but partly because of using up previously-bought meat. Last month it was about 20% over, so it balances out.

Finally, I am still culling my wardrobe. This month I bought 1 pair pants (trousers) and 1 pair good quality shoes, both for work. I ditched 2 shirts, 2 pair pants/trousers and 2 pair shoes that were completely worn out. I have continued wearing lots of different shirts and sweaters to work, to test out what I want to keep or toss. Right now I am very bored with my winter clothes but it will be ages before I can wear Spring things. Such is winter in Canada!

So that wraps up February. I have two words of advice for myself in March: READ MORE!