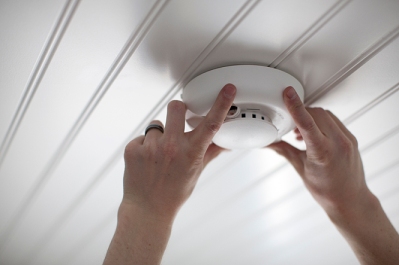 I have a big to-do list for my house. I wrote down all the jobs that need doing. Some of them have been ignored for so long that I have a hard time even thinking about them, let alone planning to get them done. They just aren’t on my radar any more. Some of them seem so far away and unlikely, that I rarely think about them, for example, “a kitchen reno would be really cool.” Some of them are in my face everyday and I have to deliberately turn my back on them! As in – that new smoke detector has been sitting on a shelf (working) for a month and I haven’t installed it yet!

I suppose everyone has their own tolerance for things undone. Mine is based on:

Whether leaving the job undone would:

Whether anyone is likely to:

Whether completing the job:

My suburban house was built in 1996 and I am its second owner. Since it is now 17 years old, actual maintenance has crept up! Not like a 100-year-old house, of course, but in the modern way, the furnace (boiler) and roof could need replacing any time now. Sigh.

Here is a list of stuff that needs doing and whether it’s likely!

If I need cheering up, I think about the house jobs I’ve already done.

OK, here are the worthwhile household jobs I’ve done or had done:

In 9 years I have spent $34,000 on house and yard maintenance and upgrades, or about $3800 a year. Have I convinced you apartment dwellers not to buy a house yet?

I would love to hear which household maintenance jobs are important or easy for you, and which you put off!

The Non-Consumer Advocate: The Last 10% Challenge

Tales from the Trenches