Every month this year, I’ve been looking back on what I did for fun, and what was special about the month just past.

Here’s what I did for entertainment in April.

An unexpected perk this month was that Rom won tickets to go see the musical Legally Blonde! I had seen the movie years ago and it’s one of my guilty pleasure movies along with Clueless 🙂 It was interesting to see how they turned it into a musical play. It was sassy – and the idea of having the sorority girls serve as a Greek Chorus was clever! I’m sure I’m not the only one who left singing, “Oh my God, Oh my God, you guys!” I must say that in trying to dispel the stereotype of a dumb blonde, the play preserved every other stereotype in the book, and I think we’re supposed to overlook that. But as a riches-to-riches story of love-gone-wrong, it certainly worked. I will look at chirpy college girls in a whole new way! Er, maybe not 🙂

Perhaps in exchange for going to Legally Blonde, Rom asked me to attend a guitar show with  him, in a town an hour away, and sweetened the deal by offering lunch and shopping. Maybe he thought some of that sorority girl vibe had rubbed off on me? While I haven’t played guitar since I was 16, I have learned a lot about them through osmosis, and I actually did like looking at various models I’d never seen in person before. And Rom left without buying one! Then we browsed antique and gift stores for the rest of the day. Score!

My mom was invited to a charity fashion show and asked me along. Strangely, it was held in the building that used to be my school when I was 5 and 6 years old! I remembered it as having dark corridors and heavy doors and being a little imposing. I was surprised to find it was still true and not a product of my overactive imagination! The clothes came from a local store I wasn’t familiar with, and I think they’ve found a new customer. So that was a fun afternoon and for a good cause.

I watched the Juno Awards on TV – Canada’s version of the Grammys or the Brits. I am not a fan of the host, Michael Buble, but there were good performances. Some I liked were Metric, Billy Talent, The Sheepdogs, Classified, and Hannah Georgas.

A metal band with a readable logo!

Rom and I went to another metal show – Opeth & Katatonia. I consider them both quite doom-y, but I am told one is death/doom and the other is progressive metal. Basically they are metal bands that play slow atmospheric music with a lot of technical prowess while singing about dismal subjects. I really liked Katatonia; the guy’s voice was so good that I didn’t care what he was saying, but a sample is: “We stretch our dead arms for salvation/The foundation/And the chemical need/Discordance put a veil/Over my creed.” (wtf?) One thing I like about the metal shows is that so many outsider teens find acceptance in that culture and there is a feeling of brotherhood. There are always about a dozen of us old geezers too, and we belong as well 🙂 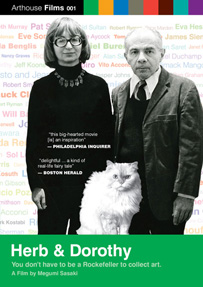 I saw only one DVD this month, Herb and Dorothy. Have you heard of the Vogels? An unassuming couple from NYC, a postal worker and a librarian, started devoting one of their salaries to collecting conceptual art. They got in on the ground floor in the early 60s, and often bought directly from the artists in their studios. They amassed 4782 works of art in their one bedroom apartment! I hope you’ll watch the film to find out how they eventually dealt with their overflowing collection. It was fascinating!

I read 6 books this month and have 2 currently on the go. I continued with my Best of 2012 graphic novel reading list. 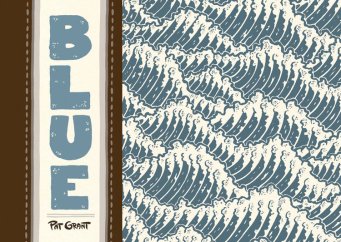 This one was memorable. It has two story lines: A group of kids skip school to go surfing and view a dead body. A community deals with a wave of immigration, the ensuing changes in everyone’s lifestyles, and a surge of racism. You can see a great contrast in the art – the beauty of the beaches and the waves, the ugliness of the decaying city, the brutishness of the townsfolk, and the innocence of the newcomers. Who, incidentally, appear to be aliens. The book was inspired by Australian surf comics and includes an essay about them.

Days of the Bagnold Summer – by Joff Winterhart

Days of the Bagnold Summer – by Joff Winterhart (graphic novel)

This was the best graphic novel I’ve read in years. I could so relate to it as a mom! A teenage boy is stuck at home with his dreary mom in the UK for the summer when his dad retracts an invitation to visit him in the USA. The drawing in the book is simple and scribbly and makes everyone look rumpled and homely, greatly enhancing the message of the book. The boy is a Metal Head and is led around by his ridiculous, over-confident best friend. The mom knows she is not cool and can’t impress her son. So they just get by, and that is enough. You sense that it’s the last summer her kid will be at home before finishing school and getting on with his life. It’s very touching…and funny, as they slouch through the summer!

Something Fierce – by Carmen Aguirre

Something Fierce: Memoirs of a Revolutionary Daughter – by Carmen Aguirre

I raced through this one in time for my book club meeting, only to miss the meeting because of work commitments. I loved this book and couldn’t put it down! It’s the true story of the author, raised by revolutionaries whose lives were in constant danger, plotting against the Pinochet regime. The harrowing risks they took and the actions of the military (in Chile, Bolivia and Argentina) were truly shocking. It’s hard to believe all this actually happened in recent years. The insurgency is painted against a backdrop of Carmen’s growing up years and her parents’ contempt for the “capitalist” trappings she can’t resist: clothes and make-up and passionate encounters with boys. Of course, you know that she longed for a normal life, right? (wink, wink) This is a must-read! 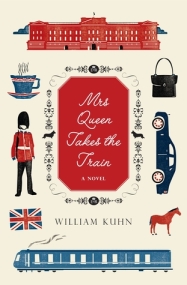 You already know I have a soft spot for Elizabeth II, unlike most of the British folks in my life! I’ve read a bunch of books in which the queen has an alternate life, including Autobiography of the Queen, The Queen and I/Queen Camilla and The Uncommon Reader. In this book, the author focuses on the private lives and thoughts of the queen’s staff, including an equerry, a dresser, a lady-in-waiting and a stable worker. Just imagine the spot they’re in when the queen wanders away from the palace, disguised as an old woman in a black skull hoodie! You would have to excuse the slow build of this book, and the grandiose ending, but it will give any royalty watcher a chuckle. (It was poignant, too, but I am sappy that way.) 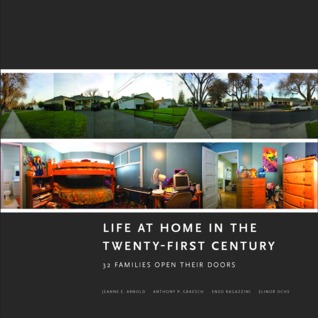 Life at Home in the Twenty-First Century

Life at Home in the 21st Century – by Jeanne E. Arnold et al.

I posted about it here.

The Locavore’s Dilemma by Pierre Desrochers and Hiroko Shimizu

The Locavore’s Dilemma – by Pierre Desrochers and Hiroko Shimizu

And posted about this one here.

I am now reading:

Dollars and Sex – by Marina Adshade

The author is someone I’m acquainted with, so I couldn’t wait to read this book. I’ve previously read loads of popular economics books like Freakonomics, Naked Economics, Spousonomics and Dear Undercover Economist. Dr. Adshade is an economics professor who enticed undergraduate students with a course called The Economics of Sex and Love, and a resulting blog, Dollars and Sex. My summary is, if you think that dating, sex and marriage are no longer influenced by wealth, class and status, you are wrong! 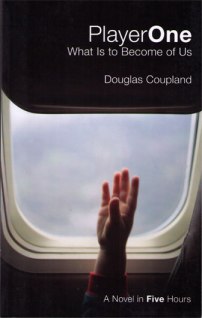 Player One – by Douglas Coupland

This novel has an interesting back story. The author was selected to deliver the 2010 Massey Lecture, and decided to deliver it in the format of a novel. He read each of the five chapters aloud in a different Canadian city as a Massey Lecture. Douglas Coupland is one of my favourite authors; in fact, I’ve read all of his novels (except the Japanese-only one) and most of his other stuff as well! So far, I am finding Player One among his best, but I do find the author’s wrap-ups can be hit or miss – some endings dazzle and some fizzle out. I will let you know next time!

We had lots of restaurant meals this month, too – unlike usual, when it might only be once a month. There was lunch out at the guitar show, a fundraising dinner, another trip to the Italian Market, and our first visit to the local all-you-can-eat sushi joint. The Italian Market is cafeteria style, but it has loads of veggie entrees, decadent desserts and Italian sodas. The new-ish sushi place, Genji, is short  on atmosphere and service, but I was willing to overlook that because the food was yummy! I was impressed by how piping hot the food was, direct from kitchen to table. The miso soup was perfect, the taro chips just right, and there was a good choice of veggie sushi rolls. 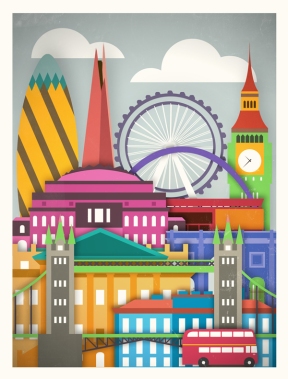 Buy this wonderful poster by Glenn Michael at moxycreative.com/touristique

Finally, our trip to the UK is coming up in just 3 weeks and we’re making plans for the first weekend in London. Definitely counting the days!