Who Do You Dress? 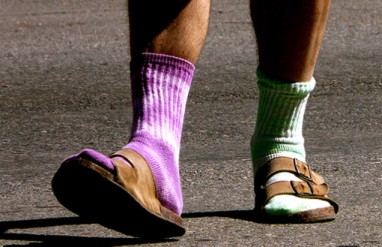 Who do you dress? Do they resist?

One thing that always seems to come up in conversation is what our spouses or partners wear and what we think of it. In particular: women with closets full of clothes who complain of “nothing to wear,” and men who are still wearing their crumpled jeans and T-shirts from the 1980s.

Men talk about how long it takes women to get ready to go out, how they wear inappropriate shoes that make them hobble by the end of the night, and how their clothes are so skimpy that they have to ruin their outfit by wearing the man’s coat. Men tend to envy the variety that women have in their clothing: the option to wear skirts and dresses, high heels, sequins and lace, bright colours, jewellery and scarves.

Women talk about how men still have their lucky underpants from the day they scored a goal in the hockey play-off when they were 16, own 5 identical pairs of cargo pants, and don’t understand which colours go together, resulting in the classic phrase, “You’re wearing THAT?” Women comment on how easy it must be to be a man and not have to think about what to wear.

And if you think that’s bad, just think of what women say to other women about their clothes, or what men say about other men!

Women will criticize other women for:

Men will criticize other men for: 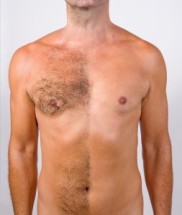 Times are changing, though – when I was younger, I never imagined that men would primp and preen and spend so much time getting ready to go out, that they’d obsess over their weight and fitness and want to get “ripped,” that they’d buy their own skin and hair products, or get waxed, or otherwise feel they had to compete. Sadly, women’s body image problems are now everyone’s problems.

You would think that after raising a child, I would have had my fill of trying to influence what anyone wears. But no, I keep at it. Just this weekend, I insisted that Rom clean out his closet and add his clothes count to my ongoing household inventory. He did a great job, I must say! It is very easy for me to judge the age and condition of Rom’s wardrobe because we met just 5 years ago and he brought all of his personal possessions here when he moved to Canada. So I can divide his clothes into the stuff he had before we met, and what he’s bought since he’s been here.

The first surprise to me is that we have virtually the same number of items in our wardrobes! My last count was 170 and his is 158! However, he has quite a limited work “uniform” which is worn repeatedly, and the rest is T-shirts (50% of his wardrobe).

Since we met as fully formed adults, and presumably liked each other “as is,” I have never tried to make Rom over. My brief forays into this have failed. For example, he put on a purple shirt and olive pants one day for work and asked how it looked. I said they didn’t go well together. He said he thought it looked fine, and proceeded to work. So I now know that his questions of that nature are purely rhetorical! 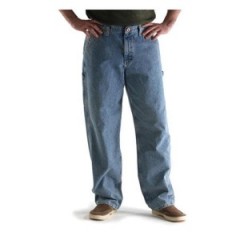 I have nagged him about his jeans. You’d have to describe them as stone-washed, and regardless of whether they were bought in 1997 or 2007, they all look the same. I have been urging him to buy a pair of jeans with a modern wash. I don’t even care about the fit. But no, the old ones are comfortable and don’t seem destined to be replaced.

Then there is the palette. I previously joked about Rom’s 10 jackets, all of which are black. Why not buy two of the same item in black and grey? Black and brown? Not happening.

I think my nattering about Rom’s clothes is unabashedly sexist. If I had a female partner, I would never say such things. Rom never tells me what to wear, or even expresses a wish about what I would wear. I really should return the favour.

On the other hand, I have no data when I want to upgrade my wardrobe. Link used to tip me off when I was making a terrible faux pas: “Mom! You can’t wear that!” You know who gives me the best input? My mom. She thinks I dress too conservatively and should wear more bright colours. She is absolutely right.

Do you try to make over anyone at your house? Who, in your day-to-day life, influences what you wear?