What I Liked About September

Sebastian, Aloysius and Charles from Brideshead (1981)

Hey, September! It was a good one.

I will be brief about what I didn’t like:

As always, there were lots of things to like. 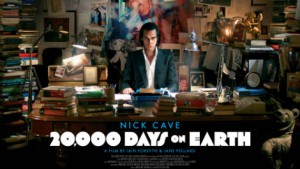 …and in his Brighton office, 2013 (by Amelia Troubridge) 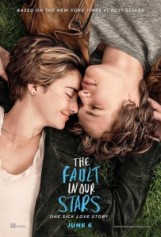 The Fault in Our Stars

I watched two in-flight movies this month. I saw The Fault in Our Stars which I had read just a few weeks before, and I thought they did a good job of it, capturing most of the best bits of the book. And I only sniffled a little bit on the plane! For light relief, I also saw The Grand Seduction, a Canadian comedy about an outpost community’s efforts to trick a doctor into setting up practice in their village. I had seen the original, Seducing Dr. Lewis, and the new one didn’t stray much, but it was very sweet. Anyone who’s lived in a town with no jobs would “get it.”

Rom and I didn’t get to any concerts in London, but back home we went to see the political-folk veteran Billy Bragg. Lefties like him have a rapt audience in Halifax. I’ve never been to a folk concert before (unless you count Great Big Sea) but he has a storytelling style that kept my attention throughout. We bought tix for two rock shows in October.

I had a most interesting and serious month of reading. I checked out two decidedly British books to get me in the mood for my UK trip. But Brideshead Revisited took me the whole month to read. I enjoyed it, but it was crawlingly slow at times. I have about a hundred questions about the book (spoiler alert): Why wasn’t the relationship between Charles and Sebastian defined as a gay relationship, when other relationships in the book were labelled as such? If it wasn’t, why did Charles not choose to distance himself from that perception? (They were taken for “fairies” in one scene). Am I the only one who didn’t see the Julia thing coming? How could a man hold his children in such disdain, refusing to even meet his youngest? Did his association with the Flytes benefit Charles or ruin him? And to complicate things even further, the book flip-flops between sincerity and satire. Charles is pining for his golden youth, and for a pre-war mentality that will never return. Of course, there are parallels with Downton Abbey in its preoccupation with social standing. As someone who was raised Roman Catholic, I was interested in the author’s take on the religion, and I wondered how the RC faith played out for him, since he was a convert. I could go on all day…I would like to read some literary criticism on it, or at least a cheat-sheet! Meanwhile, I must watch both the TV mini-series and the 2008 movie.

Before going on vacation, I loaded up my iPad with some books. I couldn’t find anything current, so I downloaded a couple of Project Gutenberg (copyright-free) titles. I became completely besotted with Edith Wharton’s The Descent of Man and Other Stories. It was brilliant! The title story could have been written last week as a commentary on modern life. To finish the month, I’m in the midst of Best Russian Short Stories. I’d read half of them in university and it was a pleasure to be reacquainted. I love the droll voice that the old Russian authors had. We sympathize with the characters (often hard-working, soulless government clerks), the worst fates befall them, and the storyteller essentially flips them off and tells us, “That’s how it goes!” And I keep going back for more 🙂

I think it has messed with my head to read for a whole month about societies with strict social class systems. I will have to remedy that in October! As you know, I also read and reviewed The Transgender Child.

This month I have a serious book to read for book club, and of course, I left some heavy books to finish last for Reading Down the House.

Hope you had a good September!