A Year in Money 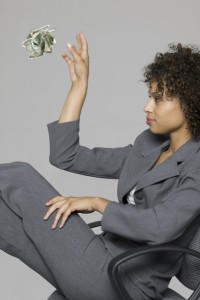 I looked back over my budget and spending in 2014. I switched “systems” this year. For the first time, I put aside monthly amounts toward all of my upcoming irregular bills, so my spending was spread out equally over 12 months. It gave me a warm fuzzy feeling to pay bills in full when they were due, from savings, instead of having lean months and abundant months – they were all the same. So none of that “it’s a 3 paycheque month” or “tax refund month” as a reason to spend more: they were all accounted for in advance. I know some people wouldn’t prefer that, but it suited me.

The other budget change I made was to never have any money left over. Everything was either planned spending or planned saving. I allowed $60/month for miscellaneous stuff, but it was mostly spent on un-fun things like printer ink, postage and a new passport. All the other fun things had a budget: clothes, entertainment, vacations. So the only time I could do unplanned spending is if I underspent a budget line. I figured my savings were high enough that I could spend the excess.

One thing that made me happy was the budget impact of walking to work. It saved me $1100 in one year, versus the commute to my old job. The other areas of underspending were smaller: $160 in groceries, $430 in household minor expenses, and $290 on vacations (!) I had also budgeted a good amount for dining out which I didn’t spend. Where did I reallocate the money? Last winter’s heat, a furnace repair, gifts, charity, helping Link move, and most of all – more clothes!

I am going to use some Year in Review categories from The Asian Pear’s blog, with permission.

I don’t track my net worth. I own a house but its value is subject to market fluctuations. When I am old I will sell it and use the money to pay rent. Of course, it is better to have that asset than not have it. But it will be depleted eventually.

What I do track is savings and investment performance. I invested a big chunk of money this year, maxing out my RRSP and TFSAs. I earned $11,731 in investment income, only $49 of which is taxable. Returns ranged from 1.5% on GICs to 11.7% on mutual funds.

I saved 20% of my take-home pay for RRSPs, TFSAs and emergency funds. I also have a generous work pension plan but it costs me 11% off the top of my salary.

I spent $447 more than my income for the year. That sounds bad – but I put almost $5000 toward new heat pumps for the house without dipping into long-term savings – so that’s good! I am looking forward to comparing my heating costs before and after the heat pumps. It’s too soon yet.

I let my hair grow out from its close crop which required monthly trims, so I only paid for 6 hair cuts instead of 12! That has now been remedied 🙂

I only bought 4 bottles of wine, for entertaining. Maybe that needs fixing, too!

And I had planned to spend about $25 a month on fitness activities like skating and swimming, but only spent half that, which is not good!

Expensive tickets to see the musical Cabaret while we were in New York. Zero regrets on that!

A parking ticket. And several items of clothing, to be detailed in another post.

Two jackets: a rain jacket and a parka, both completely waterproof. Two pairs of earrings shaped like cubes. A few cute printed tea towels from London and New York. And you may remember I had great fun using the new power washer!

Most Expensive Meals (for Two)

Meal-sized take-out samosas from the local market for $2 each. Delicious!

I was unable to account for $92.81 over the course of the year. My exacting reputation is at stake here!

It strikes me that my year wasn’t “about” money. I’ll post again about the year of 2014, because it’s the living that counts, not just the funding of it!

I hope you are on track to have a good year of saving and spending. 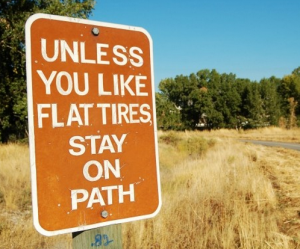