How I Became a Food Snob 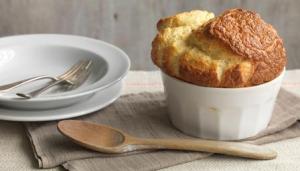 It was inevitable. I grew up on dinners like this: boiled potatoes and carrots, meat, white bread, milk, and canned fruit for dessert. How could I not grow up to become a food snob – as an act of rebellion? It crept up on me slowly.

As my tastes became more adventurous and my salary increased, I swapped out ordinary ingredients for the snob foods of the day:

Step 3 – Got All Holier-Than-Thou

Step 4 – Benefits of Money and Travel

In my latest incarnation, instead of being a gourmand, I make homemade/rustic everything, which is, of course, its own kind of (reverse) snobbery. I am a fresh/veggie/ locavore foodie-in-training. On the other hand, I still have gluten, dairy and non-organic foods!

I have at least 3 non-snob holdovers:

If you are a hardcore connoisseur, you might relate to Esquire’s quiz, Are You a Food Snob?