We Ate HOW Much?

This is an update to the half-year report posted here.

I started a tally last January 1 of how much food Rom and I brought into the house for a full year. I had tracked grocery spending before, but never how much food we were able to get for the money.

In 2012 we spent $5774 on groceries, which is about $111 per week, for 2 adults. I am sure there are families of 4 or more who can eat on that budget, but I digress. This amount was for “people food” only (and a few paper goods) – not pet food, personal care or cleaning supplies.

We saved 25% on groceries compared to 2011, but we had a teenager at home for 8 months last year!

I probably started the year with a month’s worth of groceries in the cupboards and fridge/freezer, and will end about the same.

For context, we have been meal planning and eating mainly Real Food for almost 2 years. So, we eat the majority of our meals at home, make most of them from scratch, and bring brown-bag lunches to work every day.

For the first 5 months of 2012, we were meat-eaters, and bought 46 lbs of meat during that time. We had a small stockpile in the freezer which we depleted. Since June 1 we have been vegetarians at home, although we eat meat occasionally at other people’s places.

The first thing I realized when I finished my tally is that we eat astronomically more fruit than vegetables! But that is by weight, and we eat a lot more apples, oranges and bananas (which are heavy) than carrots, peppers and onions (which are light). For example:

We have tried a few new things this year. I make avocado sandwiches regularly, I now buy frozen raspberries to put in my yogurt, and Rom has made a few recipes with leeks, which we had never bought before.

In the fruit and veg department, I made applesauce, cranberry sauce, pumpkin puree, and roasted tomato sauce this year, and learned to make mustard pickles with my mom.

I attempted to make my own bread and yogurt for most of the year, but ran out of steam when work and life got busy. I did make as much as we bought, so I’ll give myself 50% on that goal. 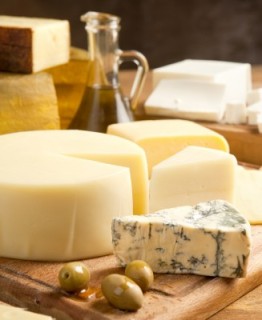 Not being vegans, we definitely maxed out on dairy this year, to the tune of 52 lbs of cheese: a pound a week! I went through 204 litres of milk, including for cooking, baking, coffee and cereal; while Rom used up 127 litres of soy milk.

For other proteins, we bought 20 pounds of nuts, 22 dozen eggs, 66 lbs of grains and 30 litres of various kinds of canned beans. Making recipes with dried beans is on top of my food to-do list for 2013! 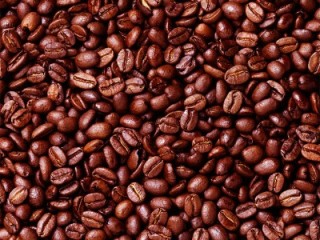 There are 3 kinds of packaged foods that Rom loves: Weetabix cereal, crumpets and animal crackers. For me, coffee and candy are #s 1 and 2. I somehow drank 30 pounds of coffee over 12 months, and I will confess with great shame that I also ate 31 pounds of candy, and I won’t even pretend that Rom ate any of it. Although, to make it sound not so bad, that works out to less than 1.5 oz a day (bah, I am just making excuses!)

The strangest food I had this year was a recipe for “guy food” that Rom found on YouTube. Bandit Beans are a combination of canned baked beans, black pepper and cumin, with Bombay Mix (aka Punjabi Mix) over the top – we left out the brandy – and they are not half bad!

Here is the grand total of all the food and drink we purchased and received this year:

You can most definitely say that we consumed over a ton of food. Gulp! And that doesn’t even include what we ate away from home.

What have you noticed about your grocery buying this year? Any changes?

For US readers, my quickie research suggests that Canadian grocery prices are at least 20% higher than in the US, likely  as much as 33%.

Apples are still #1 at our house! Photo: http://www.nyapplecountry.com/honey.htm