READING DOWN THE HOUSE Report # 10

Snoopy is by Charles Schultz

I had a stack of 17 books I bought, but never got around to reading. This year I set myself the challenge of reading them all. They had enough appeal for me to buy them, so I thought they deserved my attention. If I couldn’t make myself read them, it might teach me to stop buying books, knowing my attention would always be captured by newer and better ones. 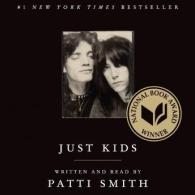 I read a few things that weren’t my own first. When it came out, I read Patti Smith’s memoir Just Kids. Many of you know she is my idol! I was completely engrossed in the tale of Robert Mapplethorpe and Patti making it as BFFs and artists in New York City in the 70s. At the library, I stumbled across an audiobook version – read by Patti herself! I was over the moon. I spent the past month listening to it, about half an hour a day (the audiobook was 10 hours). Now if you know Patti Smith and her work, you know she has a very unmusical American accent. It might take some listeners a while to get past it. But if you are a fan, or have an interest in the art or music scene of the era, it was brilliant. I will note, though, that a print copy of the book is essential for the photographs!

My lovely library ordered a book for me when I requested it: Today Is the Last Day of the Rest of Your Life, a graphic novel by Ulli Lust. The term “graphic” is apt because it was the no-holds-barred memoir of a teenage runaway punk. Although I didn’t have the experiences the author had, I knew young women who did –trading drives and food for sex, couch surfing and sleeping outdoors, waking up being raped, and being dependent on the very same men who abused you, for survival. The book may have made me hate men for a little while. But it was a thrilling read and a real stretch of the comics medium.

I read the book Roost by Ali Bryan. I really wanted to like it. It was the story of a rather clueless single parent who is just holding on. And is meant to be funny. Maybe I am too exacting by nature, but I found the mom’s disorganization, parenting skills and sibling rivalry to be quite irritating. I have also never met two children who are as impossibly scattered as hers. By the end I had warmed up to her, but I’m glad I don’t know her in real life! (Other reviewers will probably find my assessment of the book humourless).

A friend from my book club loaned me Snow Flower and the Secret Fan by Lisa See. I found it upsetting. It told of a young woman in China in the mid-1800s and her lifelong friendship with a girl from another social class. (Spoiler Alert) The narrator of the book faces neglect and injustice, only to perpetrate it on others. It is so sad that women uphold cultural norms that repressed them. I had never seen a picture of bound feet before, and when I finally had the courage to look, it made me cry. I will not be watching the film version. 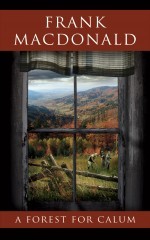 For Reading Down the House, I read A Forest for Calum by Frank Macdonald. The author is local and it was his first, celebrated novel. It’s told by Roddie, a boy who grows up with his taciturn grandfather on rural, western Cape Breton Island in the 1950s. The mines have closed down in Shean and almost everyone is out of work. A few go away to work and send money home; most stay. The author draws the time and place with great care, making it come alive through the characters’ everyday adventures.

I was impatient for the first 120 pages. It was one childhood escapade after another. I thought the demographic for the book was probably 45-to-75 year old men who would like reminiscing about those years. Roddie grows up and makes decisions about staying or going, the old ways and the new. As a reader I was very aware that his coming of age was at the end of an era.

I suppose there were two reasons I didn’t love this book. One was that it was very male-centric. The female characters were somewhat marginalized. Is it a man’s novel, in the same way some books are women’s novels? The other was that the genre and style are outside my usual interests. I almost wish it had turned into a fantasy about the Gaelic alphabet, which plays a part in the story!

I didn’t realize until now that all of my reading this month helped me to think more deeply about feminism and its continuing importance in my life.

It is a good thing that Rom is such a kind, quirky and caring human being 🙂

I currently have three books on the go, all very unlike this month’s batch! And I have four more books to read for Reading Down the House by the end of the year. It will happen!

Are you reading anything from the depths of your own book shelves?